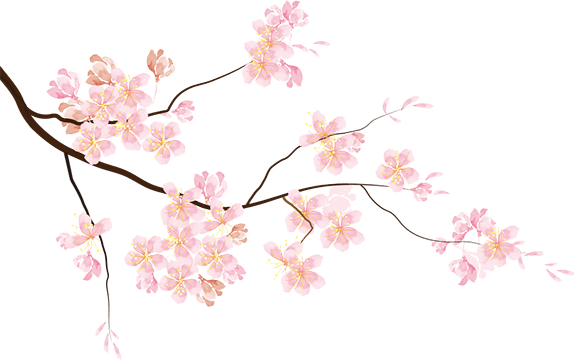 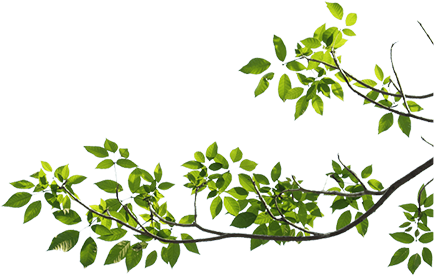 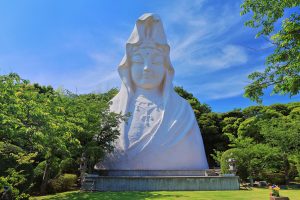 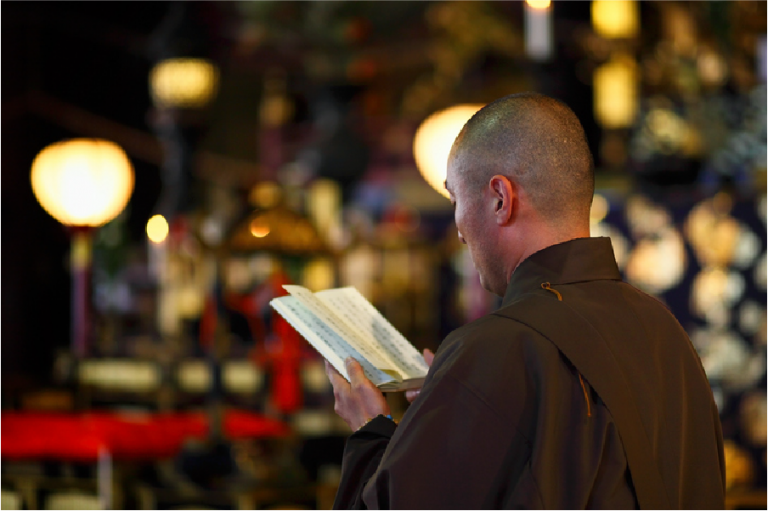 It is said that Shakyamuni (Buddha) attained enlightenment while meditating under the Bodhi Tree. His Zen teachings were passed down through 28 generations before being inherited by the monk Bodhidharma, after which the Buddhist priest Dogen brought the Zen teachings of Bodhidharma to Japan.

Dogen established the Eiheiji Zen Monastery in what is now Fukui Prefecture, and his teachings were further developed to by the monk Keizan to create the Soto Zen Buddhism. Keizan established Daihonzan Sojiji Temple in modern-day Kanagawa Prefecture. Both of these became the head temples of Soto Buddhism. Ofuna-Kannon-ji is a branch temple directly affiliated with Daihonzan Sojiji and takes Kannon (the bodhisattva Guanyin/Avalokiteśvara) as its principal figure of worship.

January 1–3: Hatsumode
first temple visit of the New Year in prayer for good fortune in the coming year
February 1: Setsubun celebration
prayers to bring good fortune and drive away evil; roasted beans are thrown by people born in current zodiac year
July 10: "46,000 days" celebration
persons who visit to pray on this day receive a blessing equivalent to that of 46,000 visits
December 31: Ringing of the temple bell in farewell to the old year 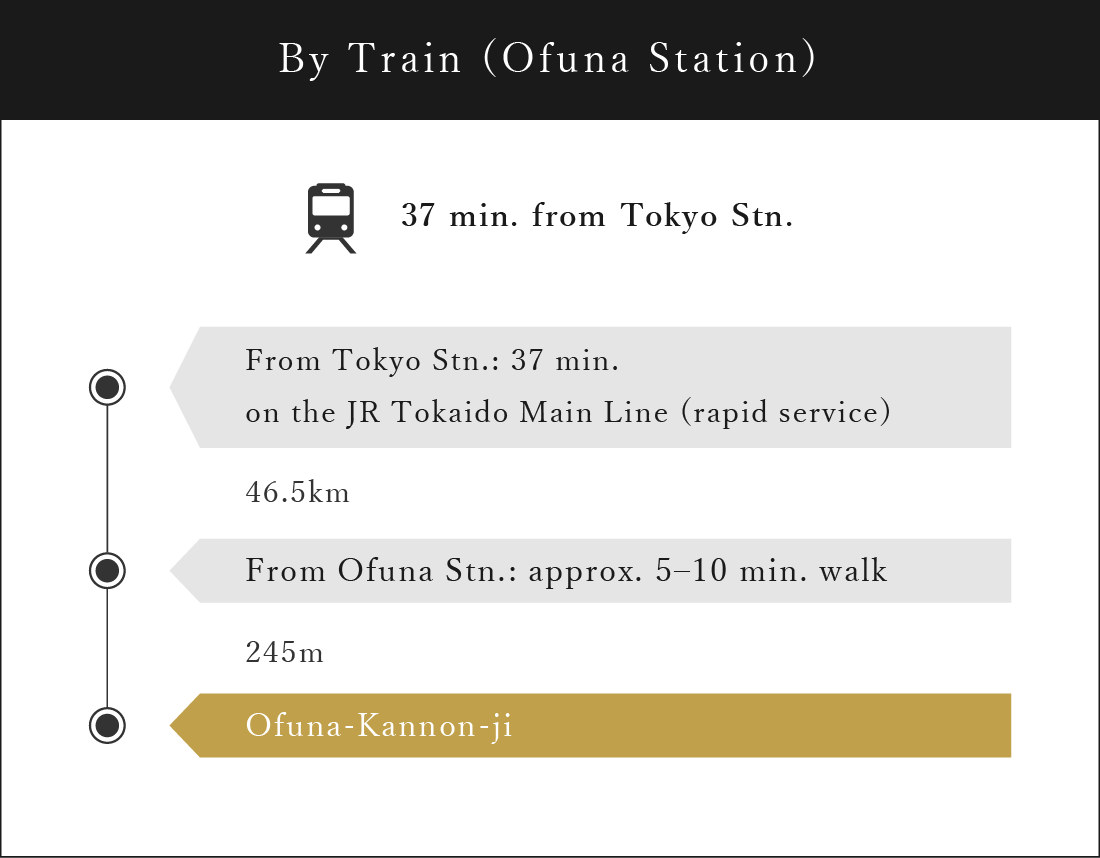 No parking spaces are available.
Please use the nearby pay parking lot or use public transportation to visit the temple.